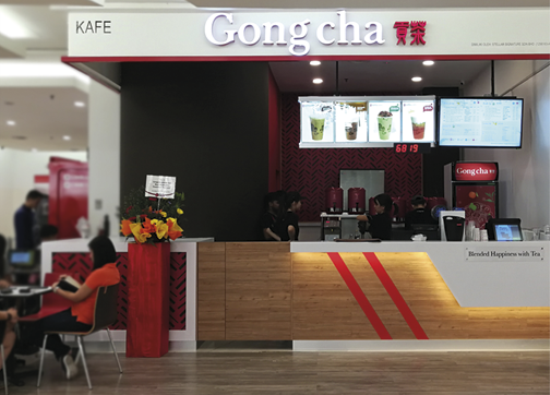 Gong Cha貢茶 is an international bubble tea chain that was established in Kaohsiung, Taiwan in 2006, and since 2009, has swept Malaysia's neighboring countries –Singapore, Hong Kong, China, Macau and The Philippines – by storm. Gong Cha was first established in Malaysia in 2011 and instantly became phenomenally popular. To date, Gong Cha is the fastest growing brand and has further expanded internationally to South Korea, Japan, USA, Canada and other countries, with more than 1,400 stores worldwide.