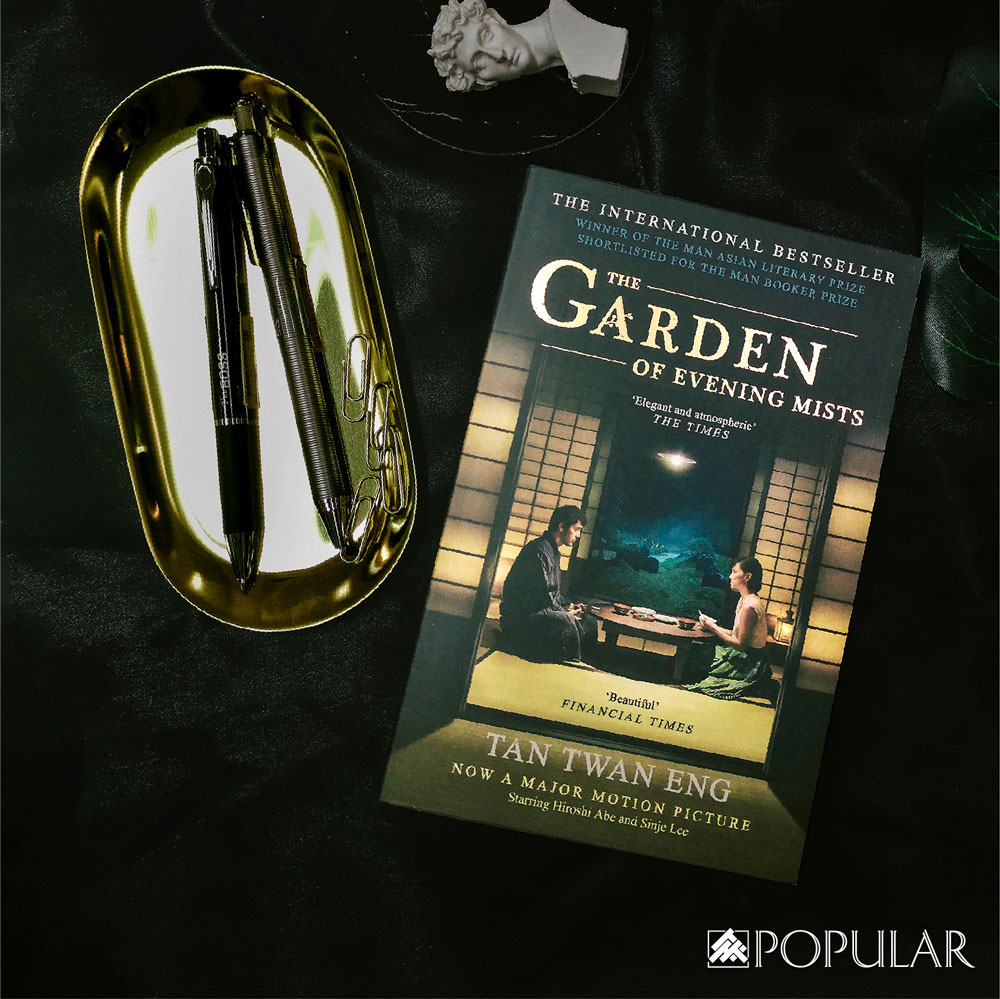 In the highlands of Malaya, a woman sets out to build a memorial to her sister, killed at the hands of the Japanese during the brutal Occupation of their country. Yun Ling's quest leads her to The Garden of Evening Mists, and to Aritomo, a man of extraordinary skill and reputation, once the gardener of the Emperor of Japan. When she accepts his offer to become his apprentice, she begins a journey into her past, inextricably linked with the secrets of her troubled country's history.

The novel was a well-written piece of art with rich metaphors of gardening, tattooing, tea-ceremonies and Zen philosophy. For those who love novels with deep philosophical roots and historical grounding, The Garden of Evening Mists is definitely a novel that you would not want to miss!

The Garden of Evening Mists is available at POPULAR/HARRIS Bookstores and POPULAR Online: https://bit.ly/goemaug20